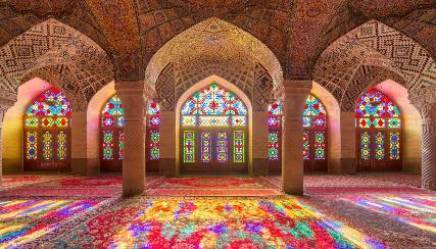 Iran, the land of Aryans officially known as the Islamic Republic of Iran, is a Middle Eastern country located in southwest Asia. As a land and a nation, Iran is one of the most historic and ancient countries in the world. Its capital is Tehran. The term “Iran” is derived from the hypothetical word “-Aryānām Xšaθra”, which meant “the land of Aryans” in Old Persian and gradually changed to "Iran" over time. During the Achaemenid rule, this country was called Pars by ancient Greeks and Persian (English) or Perse (French) by Europeans. In 1934, Reza Shah Pahlavi announced that all foreign states shall use the term “Iran” to refer to the country he was ruling at the time. With an area of 1,648,195 km2 and a population of 79,926,270, Iran is the world’s 17th largest and 18th populous country. 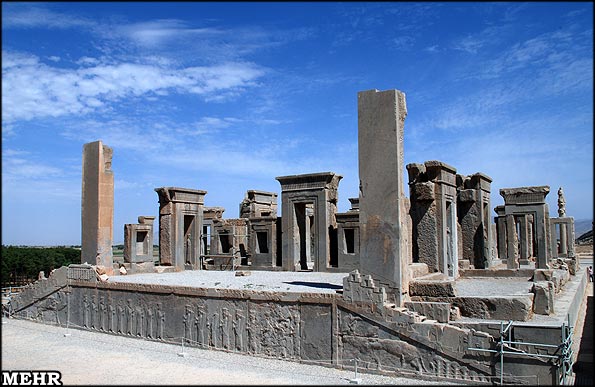 Iran is one of the most unique countries in terms of weather. It is known as a four-season country because of a temperature difference of 50°C between the warmest and coldest points during the winter; whilst the temperature in Shahrekord reaches -30°C during some winter nights, the weather in Ahwaz may look like the summer days at the same time with a temperature of 50°C. In addition, the highest air temperature on the earth was measured in some points of the Lut Desert in 2004 and 2005. Iran is a semi-arid and dry country in terms of precipitation. The precipitation rate varies widely in different regions of Iran, as it exceeds 2,113 mm in the north (Rasht, Guilan Province) while it is about 15 mm in desert areas. The mean annual precipitation is about 500 mm in northwest and west areas, South Alborz, and northeast areas and almost 200 mm in other areas of Iran. The weather is warm and humid in the summer and temperate during the winter in the north of Iran (southern coasts of the Caspian Sea). Additionally, people in the northwest and west of Iran usually experience mild summers and cold winters whereas those in southern areas have hot summers and mild winters. 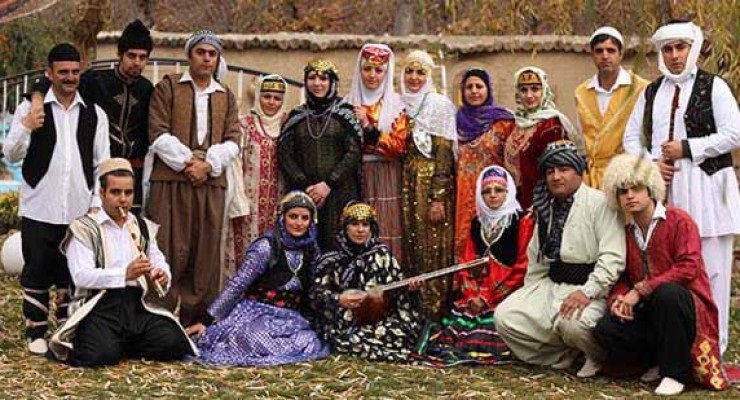 Iran is a vast, four-season country with a nice climate and a rich historical and cultural background of several millennia. All of these features make it a rich country in terms of tourist attractions. If you travel anywhere in Iran, you will visit wonderful historical attractions and pristine nature that may fascinate any tourist. The development of Iran’s tourism industry in recent years has dramatically increased the number of incoming tourists. As a result, many foreign tourists and travel websites have published their views on Iran.

North: The Caspian coast of Iran is one of the most important tourist destinations which many enthusiasts visit during their leisure time every year. Moreover, Alborz mountains on the outskirts of the Caspian Sea are covered with rainforests. Therefore, those who are driving on the northern roads of Iran can enjoy the blue sea landscape on the one hand and the lush and charming view of green forests on the other.

West and northwest: The snow-covered heights of Alborz and Zagros in winter are among the most important tourist attractions of Iran for winter sports enthusiasts. During the summer, tourists can enjoy mild weather and eye-catching natural landscapes and visit waterfalls, springs, and natural caves in the same areas. Mineral waters are among the factors contributing to tourism development in any area.

Religious places of worship: Religious and sacred centers and sites account for one of the major tourism hubs in Iran. The city of Mashhad, where there is the holy shrine of Imam Reza (AS), is the most important religious tourist hub in Iran. A large number of Iranians and foreign pilgrims (from neighboring and Muslim countries) annually go on a pilgrimage to this city.

Historic monuments: Fars Province, and especially the city of Shiraz, is considered one of the major tourist destinations and the cultural capital of Iran. There are many ancient sites (e.g. Persepolis, Naqsh-e Rostam, the ruins of Istakhr, and Tomb of Cyrus in Pasargad) and post-Islamic monuments (e.g. Vakil Bazaar, Bath, and Mosque, Quran Gate, Tomb of Hafez, and Tomb of Saadi) in this province.

Experts believe that there is a difference between security and a sense of security. For example, many countries of the world may claim to be secure, while their people do not feel secure in society. Hence, we should first see whether we do not have security or we do not feel secure and then search for the roots of insecurity or sense of insecurity.

Experience of the Iranian tourism industry practitioners suggests that most tourists traveling to Iran have a sense of insecurity upon their arrival, but they finally find Iran a secure country when they are departing.

There are many reasons why foreign tourists do not consider Iran a secure country. There are certain recommendations for any country chosen as the tourist destination. For example, the Commonwealth of Nations recommends that those who are going to travel to Iran seriously take into account the media news and travel advice because there are political tensions between Iran and the international community.

According to the SOS reports on the security of traveling to countries around the world, the extent of racial, sectarian, and political violence, unusual civil unrest, and the likelihood of chaos or terrorist attacks are among the factors used to evaluate how much a country is secure to foreign tourists. This international institution also emphasizes that life, social, and political security is one of the most important factors for the majority of tourists when choosing their destination. According to the SOS index of security, countries are divided into 5 categories in terms of security risk; negligible, low, moderate, high, and very high. There are a few countries, such as Finland, Norway, Denmark, Switzerland, and Iceland, where the likelihood of security risks for tourists is negligible.

According to this categorization, it is highly risky to travel to most countries of the Middle East, which is known as a crisis-stricken region in the world. Syria, Iraq, and Yemen in this region top the list of the world’s most dangerous places for travel. Nevertheless, the SOS international institution indicates that Iran, which is located at the heart of the Middle East, is among the low-risk countries in terms of security for tourists. In this regard, Iran is considered more secure even than Turkey, one of the most important countries in the tourism industry, Saudi Arabia, and Turkmenistan, where there is a moderate likelihood of security risks for foreign tourists.

An overview of Iran’s ancient and contemporary history shows that people of many different races and religions have always peacefully lived together in this land. Currently, Zoroastrians, Jews, Christians, and Muslims are living side by side in Iran. This is an indication of the high social security in this country.